Choosing the right hardware to use with Ansys tools will have a significant impact on productivity in terms of model size, performance, and user experience.  There are several factors to balance when considering a new system.  This page is a resource for engineers looking to make informed hardware decisions.

When engineers at Ozen Engineering are considering a new system, the components that we are most concerned about, by priority, include:

NOTE: Quad Core Sockets – In many cases Ansys does not recommend quad core socket systems because of memory bandwidth. Please consult Ansys if you are considering Quad-Core.

NOTE: For rendering/display – Ansys requires OpenGL and the workflow that is recommended is that you do all pre/post processing on a workstation and not on a server unless it is a graphics server. A high-end OpenGL graphics card and recent vendor drivers are required.

Minimum requirements for Ansys Discovery software are as follows:

The Explore stage in Ansys Discovery (formally named Ansys Discovery Live) relies on the latest GPU technology to provide its computation and visual experience.  To run the software, you will require:

The Discovery Explore Stage Compatibility Utility will be run following installation to verify if your current graphics hardware is capable of supporting Ansys Discovery.  If you do not have a graphics card that meets these specifications, the software will not run.  Also, please ensure you have the latest driver for your graphics card, available from NVIDIA Driver Downloads.

Need help with your new machine? We have experience configuring machines for our customers as part of our world class support services. We can help you find the best balance between:  cost, performance, capacity, scalability, and license compatibility.  Click the button to contact us with your hardware needs.

If you have or will obtain in the future 32 or more parallel licenses (HPC Packs or Enterprise Licenses) and have one or more users that need to submit jobs using a higher core count than what is available on current Workstations we tend to recommend servers (or a cluster) and a supported Job Scheduler is required.

Ansys products are supported on 64-bit operating systems. Ansys Mechanical Ansys Fluent Most of our customers successfully run Ansys software on Windows 10 on Workstations. See the links above for a complete overview of OS platforms supported.

A Server OS (Windows Server or Red Hat Linux/SUSE Enterprise Linux) will be required in the following circumstances:

The latest 64-bit multi-core Intel Xeon and AMD processors with the highest clockspeed and core counts available are recommended. Hyper threading will not improve the speed of simulations, always evaluate the number of physical cores for Ansys simulation. Always try to get the most recent architecture version of the CPU, even if the clockspeed or number of cores don’t seem to be improved. CPUs today are almost twice as fast as CPUs from 3 years ago listed at the same clockspeed.

A minimum of 16GB of memory is recommended. It is best to have as much memory as financially feasible. The actual memory required for a particular problem will depend on the mesh, physical models that are enabled, and domain complexity. As of 2016, 64GB of memory has been sufficient for 90% of the FEA and CFD projects completed by OEI engineers. EMAG products more often require more memory and 100+GB is recommended.

In terms of the effect of memory on performance, you either have enough or you don’t. If your operating system runs out of memory it will fall back to using the hard drive as ‘virtual’ memory, which will have a catastrophic effect on system performance.

To get an idea why this is, it is useful to consider how the CPU works. CPUs have an extremely small amount of memory that they can access immediately. We’ll call this the register. To access something not already in the register, the CPU will have to wait for the process to bring it into the register to complete before it can continue. There are several levels of memory in ascending size and descending performance that the CPU has access to. The cache levels are directly on the CPU itself and have various levels, termed L1, L2, etc… The system memory, or RAM, is modularly added to the motherboard, as is the hard drive. To compare the proportional speed of these memory levels, we can use the metaphor from this excellent article on the subject:

It doesn’t pay to pinch pennies on system memory!

A minimum of 1TB is recommended for the installation and use of your Ansys software. An efficient approach to storage for Ansys might include:  one smaller & faster drive (NVMe) for solving, and one larger & slower drive (Mechanical, SSD) for storage.  In Ansys Mechanical, you can specify a Solver Scratch Directory to ensure that solutions are automatically performed on high performance drives but stored on general purpose storage.

There are different ways to increase storage performance:

NVMe: Recently, the NVMe price has reduced and performance has improved.  NVMe (Non-Volatile Memory Express) is the most highly-recommended storage type for high-performance requirements in reading and writing data.

RAID0: While there are many different RAID configurations that have trade-offs between speed, redundancy and efficient usage of space, RAID0 is the only configuration that should be considered for performance. Redundancy should only be considered for separate ‘storage’ drives or arrays, especially since RAID0 sacrifices redundancy the most for performance (if any of the drives in a RAID0 array fails, all the data is lost).

SSDs + RAID0:  Make sure TRIM is supported specifically for RAID0 with your chosen brand and operating system. The SSD alone supporting TRIM does not mean that it is supported in RAID0 arrays, which is a very recent development that often requires the latest operating system (eg Windows 10) and drivers.

For large assemblies it is recommended to make use of a graphics card to avoid display latency issues. A list of validated graphics cards can be found in the links above.

On board graphics will degrade the pre and postprocessing experience on the machine. Additionally, newer and graphically intensive applications such as AIM and SpaceClaim will not work without a discrete graphics card.

In an effort to provide faster performance during solution, various Ansys products (Ansys Mechanical & Ansys Fluent) support offloading key solver computations onto graphics cards to accelerate those computations. All HPC license products (HPC, HPC Packs, and HPC Workgroups) enable GPU-accelerated computing and one GPU will count as one core. Note that not all CUDA enabled graphics cards are supported, this feature is intended for the high end NVIDIA Tesla and Intel Phi cards. It is recommended to get the card with the highest amount of memory. The supported cards for GPU computing can be found in the document linked above:

To take full advantage of your computer hardware, make sure that you have the appropriate HPC licenses. There are flexible HPC, HPC Pack and HPC Workgroup options. HPC licenses are on a per-core basis. A single GPU is licensed as a single core. The HPC Packs add non-linearly to quickly get to a large amount of cores.

The following specs are an example of a mid-range desktop workstation used by a typical Ansys analyst. Please keep in mind that these systems were configured in 2020 and still perform well using Ansys 2020R1. Other server hardware is available for more demanding tasks.

For non-workstation systems feel free to contact us for guidance.

There are a broad range of possible hardware solutions and the form factors below are the general categories. Take a look at them and decide the best fit for your organization before diving into the more detailed information. 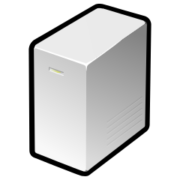 A workstation is primarily intended for a single engineer and will generally offer the best user experience in terms of pre and postprocessing as long as the hardware is suitable to solve the models. This is also the only form factor where consumer grade CPUs are an option, making the price-point potentially extremely reasonable.
Typical Specs:

A headless server is a specialized machine meant for the sole purpose of computation. The server form factor, as well as the removed need for graphics capability, allows for maximization of computational ability. This form factor generally requires workstations capable of pre and postprocessing models. While users can manually remote into the machine, copy files over and press solve, the setup and usage of Remote Solve Manager is highly recommended to automate this process. Network speed is an important consideration, especially for transferring large result files.
Typical Specs: 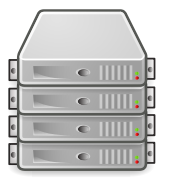 For organizations with computational needs that outstrip what a single machine can provide, clusters will be the only solution. In some cases clusters can also make financial sense when comparing two good machines to one machine with top-of-the-line everything. More so than any other form factor, this will require involvement of company IT from the beginning. Remote Solve Manager with a commercial queuing system is generally a must. Also in clusters, communication speed between the nodes are highly important and Infiniband is recommended for any case except two node CFD clusters.

To be informed about updates to this and other pages, sign up for our newsletter below:

Request a free consultation for your simulation needs.

We are happy to provide a competitive quotation for Ansys Software & Consulting Services.

If you are a student looking for technical support, please visit the Ansys Learning Forum.