The Micro-Electromechanical System (MEMS) industry is a high technology field of very small devices that range from the micron range on down to even nanometers or Angstrom scales. Applications include sensors, actuators, optical switching, lab-on-chips, display technology and many more. MEMS technology is a mature industry that is the best developed, most practical method of manipulating matter at a small scale.

MEMS technology is inherently multiphysical and for decades Ansys has been the industry leader in providing coupled physics capabilities with proven solver technology. Now, recent advancements in the Graphical User Interface (GUI) of Ansys Mechanical have opened up this type of simulation to non-expert users. Ozen Engineering Inc is pleased to have the opportunity to show a new generation of simulation users the amazing world of MEMS.

Using the customization functionality of ACT (Application Customization Toolkit) it is now possible to add coupled multiphysics to your Ansys Mechanical simulations in an intuitive, graphical manner. What was once a regular Modal, Harmonic or Static Structural analysis can now encompass multiple physics types, new load types and the necessary postprocessing to gain insight on your MEMS device. The MEMS ACT extension exposes the following capabilities to Mechanical users, allowing them to take advantage of the rich tradition of MEMS in Ansys in an easy to use manner:

Within the Ansys portfolio of industry leading simulation tools, Ansys Mechanical can be combined with Ansys CFD for fluid structure interaction, for example.

Additionally, the MEMS ACT extension can be combined with the Acoustics ACT extension for performing noise level analysis on devices.

In Ansys Workbench, the fully coupled, multiphysics simulation model is only the beginning. Ansys Workbench is the integrating platform for all of the complementary simulation technologies that Ansys offers. Wherever you want to take your simulations, Ansys can take you there. 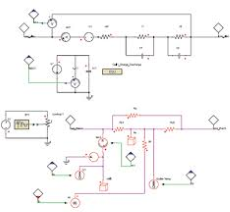 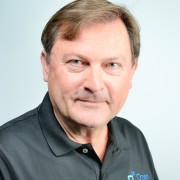 Back in 1990’s, when the MEMS industry was shaping up in Silicon Valley, the only simulation tool was Ansys. We used to have a “MEMS Club” that used to meet at different locations; the last series of meetings were held at PARC’s auditorium in Palo Alto. At the MEMS Club meetings, there would be technical presentations related to MEMS technology. I used to give presentations on how Ansys can be used for MEMS simulations. The simulation examples included how to perform electrostatic-structural, electric-thermal-structural, electrostatic-structural-fluid, and other physics couplings available in Ansys. In 2000’s, we gave presentations on how to perform sensitivity followed by optimization simulations with these complex physics couplings. What made the difference in one decade is the faster computers that enabled not only faster physics coupling but also running multiple variations simultaneously. Ansys high performance capability in parallelization as well as the capability to make use of multiple computer resources, enabled engineers to do sensitivity and optimization studies involving complex physics. Now, in 2010’s, we have even faster computers and Ansys now provides a much more robust “system level” simulation using our “Simplorer” software which works with all physics and all Ansys software products. This means that we can model the performance of a MEMS device as being part of an electric circuit with electromechanical components truly modeled at system level….

Shaking your electronics is bad. After awhile, they tend to break. Simulation can predict how long they last, but there are many decisions to be made.
Read More >

Are you looking for an engineering simulation solution?