Even with today’s increased computing power and optimized software, submodeling is a powerful technique to perform analysis on detailed regions of assemblies. Recent versions of ANSYS Mechanical software have easy to use implementation for submodeling, where one can perform cut boundary interpolations all in Workbench environment, without the need of writing good old APDL code.

Submodeling in ANSYS Mechanical (and APDL) is based on interpolation displacements from global level to submodel level at cut boundaries. This approach comes with the assumption that the stiffness of the submodel region does not differ much in stiffness from the global model. This assumption holds most of the time. However, there are cases where one would like to apply structural loads from global model, rather than the displacements. This is especially a requirement when the stiffness of the model is reduced in the modeled sub region. The technique can be also called “Force Based Submodeling”. Below is a naïve implementation of force based submodeling for solid-to-solid case. 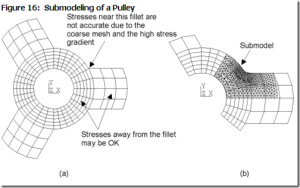 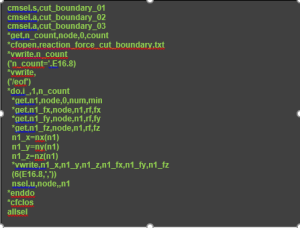 Ready for a test drive?

What is new in ANSYS Maxwell R17?