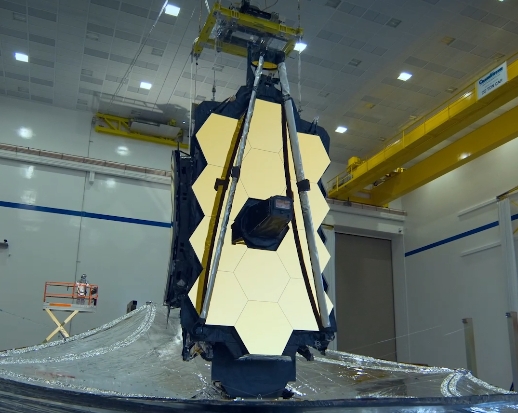 On December 18, 2021, NASA will launch the James Webb Space Telescope from the ESA launch Facility in Kourou French Guiana.

(To learn more about the James Webb Space Telescope and its mission, see the information and video from NASA below.)

Part of the engineering that has gone into the telescope design was performed by Abed Khaskia of Mallet Technology, a sister company to Ozen Engineering, using Ansys simulation software. This work involved the interactive magnetic/structural simulation of a MEMS micro-shutter.

Other Ansys efforts include a parametric finite-element model for evaluating segmented mirrors with discrete, edgewise connectivity.

According to NASA, the James Webb Space Telescope’s revolutionary technology will study every phase of cosmic history—from within our solar system to the most distant observable galaxies in the early universe. Webb’s infrared telescope will explore a wide range of science questions to help us understand the origins of the universe and our place in it.

Seeking Light from the First Galaxies in the Universe
Webb will directly observe a part of space and time never seen before. Webb will gaze into the epoch when the very first stars and galaxies formed, over 13.5 billion years ago. Ultraviolet and visible light emitted by the very first luminous objects has been stretched or “redshifted” by the universe’s continual expansion and arrives today as infrared light. Webb is designed to “see” this infrared light with unprecedented resolution and sensitivity.

Exploring Distant Worlds and the Solar System
Webb will also be a powerful tool for studying the nearby universe. Scientists will use Webb to study planets and other bodies in our solar system to determine their origin and evolution and compare
them with exoplanets, planets that orbit other stars. Webb will also observe exoplanets located in their stars’ habitable zones, the regions where a planet could harbor liquid water on its surface, and can determine if and where signatures of habitability may be present. Using a technique called transmission spectroscopy, the observatory will examine starlight filtered through planetary atmospheres to learn about their chemical compositions.

To learn more, view the the James Webb Telescope Mission overview video (below) that provides an introduction to the Webb telescope and it’s mission.

Miniaturized IOT Antennas – What is the Size Limitation?
Scroll to top